The eBook Reader Blog by Nathan / 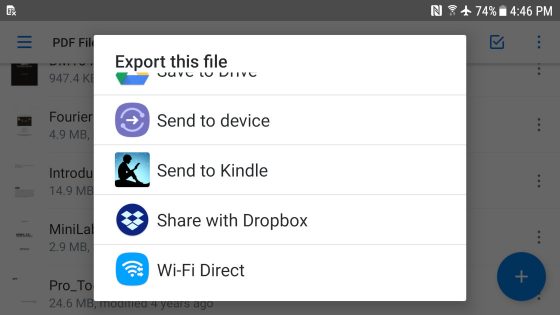 When it comes to sideloading ebooks and documents to a Kindle from a tablet or a phone, you can’t easily transfer content by connecting a USB cable like when using a desktop computer or laptop.
read more https://blog.the-ebook-reader.com/2019/09/27/how-to-transfer-ebooks-and-documents-to-kindles-from-tablets-and-phones/

The next #FeatThaUnknown is COMING SOON! October 19th will be here before you know it. RSVP NOW AND JOIN US IN DETROIT!

RSVP For the Event | Contact Words For The Soul

If you missed #FeatThaUnknown Vol 1 back in June, don’t worry Vol 2 is right around the corner.

for the LOVE of…
October 19, 2019
2pm-4pm
Three Thirteen
#DetroitsBrandName

This time we are raffling three gifts baskets!!!
His, Her, and a Couples basket will be available just in time for your sweetie!

Of course, you’ll get a chance to support your local #independentauthors. Books will be available for purchase.

Detroit Author & Founder of Motown Writers, Sylvia Hubbard has published over 40 books on suspense romance. As an avid blogger, Sylvia has received numerous awards and recognition for her work, plus has had five #1 Bestsellers. She has spoken all over the U.S. & Canada on literary, blogging & busy mom subjects. http://sylviahubbard.com

brought to you by:

That is until she found herself meeting Pholsom Todd. A rich millionaire who needed her expertise in his business and her body in his bed. A man determined to get what he wanted and what he wanted was Elena.

Unbeknownst to Elena, Pholsom’s plans for her life, her body, and her heart had already been planned a long time ago.

Will she be ready for what is to come?

Or die getting what she desires?

Mistaken Identity Three: The Perfect Woman for them is a MFM series, where desire doubles in pleasure. Take a wild ride on the edge of the imagination of AwardWinning, Bestselling Author, Sylvia Hubbard.

Author’s Note: This is a standalone story. The reason this is a book three is because of the underlying storyline with sub-characters in this book.

To read more of this author’s work, check out her fiction list at:

Or get books on amazon at:

It’s September 19th and guess what?!? The next #FeatThaUnknown is one month away! October 19th will be here before you know it.

RSVP For the Event | Contact Words For The Soul

If you missed #FeatThaUnknown Vol 1 back in June, don’t worry Vol 2 is right around the corner.

for the LOVE of…
October 19, 2019
2pm-4pm
Three Thirteen
#DetroitsBrandName

This time we are raffling three gifts baskets!!!
His, Her, and a Couples basket will be available just in time for your sweetie!

Of course, you’ll get a chance to support your local #independentauthors. Books will be available for purchase.

Create Your Romance Night! Will you be naughty or nice? You Decide on What Adventure You Will Have For the Night!!! #interactivestorytelling

Remember when you were young & read stories where you were the protagonist? Or have you ever been reading & wanted to choose what the main character should do?
Here’s your chance to Create Your Romance Night!

Will you be naughty or nice?

You Decide on What Adventure You Will Have For the Night!!!

Thanks to a soccer-career-ending accident, Kayla Franklin has given up on everything she ever worked for or wanted from life. She’s been avoiding her family, living in a crappy apartment with her best friend, and slinging overpriced drinks ever since. When TV executive J.D. Baxter crashes into the bar and her life, she’s already determined that rock bottom is her destiny.

Retired NFL quarterback and semi-pro bachelor J.D. used his millions to found a unique sports station in Detroit—one run entirely by women. When he decides that retired player Makayla Franklin will make the perfect subject for a new documentary, he pays a visit to the dive bar where she works, only to have his world knocked way off its axis.

Kayla agrees to his documentary proposal and attempts not to fall for the playboy athlete who’s populated his TV station with plenty of women from his past. When he asks her to pose as his fiancée, things get hilarious, then interesting … and then smoking hot.

The Smashwords link is: https://www.smashwords.com/books/view/953824?ref=hubbooks

The bar was swamped by five o’clock, which was no surprise. Kayla worked as fast as she could, slinging the beer and disgusting bar food with what she thought was a fair bit of rapidity and the proper amount of attitude. She was the opposite of in the mood, which really helped her cope with annoyances like her manager, Brad, who seemed to spend the better part of her every shift staring at her tits.

But now, here she was, pausing with four huge pints of beer in one hand and a plate of disgusting, orange-cheese-like-substance-covered nachos in the other. Her. A former soccer superstar. The one who was going to take the women’s national team to … oh hell. It didn’t pay to dwell.

Nope, this was her shiny new reality, in her redneck Daisy Dukes and black halter top, customer eyeballs crawling all over her. When her face burned in its familiar self-pity-party pre-teary-ness, she set her jaw, plunked the beers down in front a group of random dudes, all the while leaning over just enough to provide a good view, then headed back to the bar, clearing tables on the way.

And then … it happened.

Or rather he happened.

Some douchebag with a smart phone stuck to his ear rounded a blind corner and plowed straight into her, sending the contents of all those not-quite-empty glasses of random booze all down the front of her halter top. He’d hit her weak side, the one that had ruined her future as a soccer super star. She sensed herself falling, watched it from a distance in horrifying slow motion. She knew she was about to break the damn glassware too, because landing on her bad knee always made her crumple like a Victorian hysteric.

Resigned, drippy, and clutching the glasses for dear life, she heard the razzing of a group of assholes all the while preparing to hit the deck. Until a strong hand gripped her upper arm, keeping her upright.

“Hey, sorry, whoa…” A gravelly voice hit her ear, sending an inappropriate shockwave to her brain.

She stepped forward with her other foot, which forced her to lunge into him while still hanging onto the empties.

He smelled like sun and outdoors with a hint of soapy cologne. Why she even noticed this, she had no idea. But damn. He smelled really great. She heard his rumbly laugh as she leaned a second too long to be considered polite.

“Yo, Baxter!” She heard some other male voice nearby. “Nice catch. Reel her in and bring her over here.”

The man, whose warm hand still gripped her elbow, raised one eyebrow at her. She blinked, acknowledging that he was, in a word, a perfect specimen. Tall, broad-shouldered and slim, with a model-worthy face boasting a trace of stubble. And, of course, he was wearing a damn suit. Her fantasy weakness—men in suits. This felt a tad contrived, even to her own overheated brain. But she decided to go with it, at least for now.

She’d gone so long without a man’s direct attention she sometimes thought she might declare herself re-virginized. Or maybe that would be re-virgined. Whatever it was, she was feeling it now, with Mr. Man’s deep blue eyes boring into her like a couple of laser beams.

She pulled her arm away and tried to resume a semblance of dignity, even as she got a whiff of the sour beer soaking her halter top. As if reading her mind, Sexy Hero Man’s gaze dropped to her exposed stomach, then lower. She sucked in her gut, then stopped, furious with herself for even thinking she had to do such a thing.

“Excuse me,” she said, making her way past him and brushing his suit-coated shoulder in the process. The shock of the contact almost sent her tumbling once again. Which only served to ramp up her anger at herself, and at him … at his stupid, sexy, awesome perfection. And her own wimpy, girly reaction to him.

She turned, still clutching the glassware to her chest like a shield, nearly deafened from the sound of her heartbeat pounding in her ears.

“I’m sorry. Can I … make it up to you?” He stuck his hands into his trouser pockets, his expression no longer predatory, more like embarrassed little kid.

“Stop it,” she said, her voice croaky. She cleared her throat and started backing away from him.

“Stop what?” He advanced toward her, keeping about half a foot of air between them. “I mean, I’m not … shit.” He ran a hand around the back of his neck, his nervousness making her want to giggle. What man who dared to walk on this earth looking like that had any reason to be nervous around her?

“Yo! Kayla!” The sound of Brad’s sharp voice made her flinch. She tried to relax as they maintained a weird locked-eyes thing while the busy restaurant traffic flowed around them. Her sense of unreality ramped up a thousand-fold when he moved into her personal space bubble and leaned toward her ear.

“I’m sorry. Can I buy you a drink later? When you’re done working?”

“Baxter! Dude! I told you to snag that hottie and bring her here,” his friend called from what she assumed was their table.

Kayla used the momentary distraction to take two full steps away from him. He was way too tempting. She was way too needy. But she had no time for or interest in some kind of a hookup. Although her body was sending her clear, opposing signals. Ones that urged her onward, made her want to flirt, to drink, to drag him home with her. She shook her head, and by the time he’d addressed his loud-mouthed table-mate, she’d managed to escape into the crowd.

If Sterling Heights’ Local Author Book Sale this year was anything to go by, literary critics should be keeping an eye on the region’s writers.