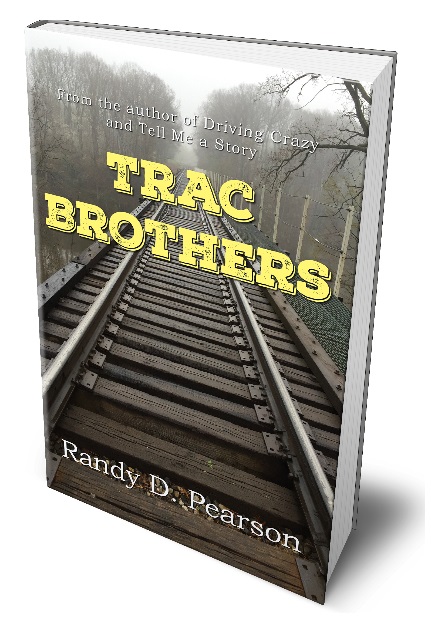 Jam and Jax Trachsel receive an unexpected inheritance from their recently departed uncle Mac– a fully-functioning Kalamazoo brand handcar from the 19th century. When they become stranded over 150 miles from home,do they set it on the train tracks and pump it all the way back? Or, when they find a hand-drawn map their uncle created, do they follow it even further north to the long lost town of Walton Junction?
What starts out as a thrilling, modern day adventure quickly becomes a battle for survival. Their journey through Michigan’s scenic Lower Peninsula will introduce them to a world they never imagined, forever changing many lives.Can they trust the Rail Riders, the bizarre but friendly group of people living off the grid? Or will the Track Pirates, a ruthless gang led by the insane Santascoy, cause their demise?
Recent Review of book link
https://www.randydpearson.com/books/trac-brothers/reviews/
Testimonial 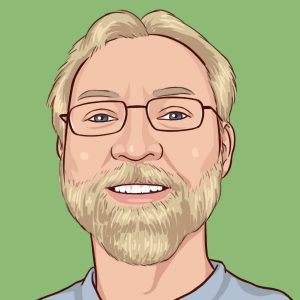 A lifelong mid-Michigan resident, Randy D Pearson has been creating stories for 40 years, usually in his head but occasionally on paper.
Starting at an early age drawing comic strips and cartoon books, he quickly realized he enjoyed writing stories more than he did sketching.
When he discovered his other childhood passion, the Atari computer, everything came together. He spent many late nights typing his stories, winning several contests in the process.
In addition to his three novels – Driving Crazy, Tell Me a Story, and Trac Brothers – Randy has been featured in several publications. These include all four of the Writing at the Ledges anthologies, The Washington Square Review, Pets Across America, and Retrocade Magazine.
When not writing, Randy spends his time watching British sitcoms with his wife and stepdaughter, or sci-fi and anime with his two brothers. He lives in a small Michigan town with a ridiculous number of cats.
Author’s Website | More Books By This Author
Upcoming Events.
2020 is already shaping up to be a banner year!
I am a panelist at this year’s Storytelling Festival at the Kalamazoo Valley Museum – Sat February 8, 12:30pm
https://www.kalamazoomuseum.org/plan/storytelling.html
https://www.facebook.com/events/3431559260250592/

I also have been scheduled for two separate events at the Charlotte Community Library (Charlotte, MI)

On Saturday March 14, I will be leading a presentation on the long lost town of Walton Junction (learned from my research on Trac Brothers), and on Wednesday March 25, my novel Driving Crazy will be featured in a Book Talk.
https://charlottelibrary.org/calendar-public-events

Posted on February 3, 2020, in Book News. Bookmark the permalink. Leave a comment.