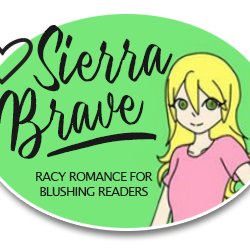 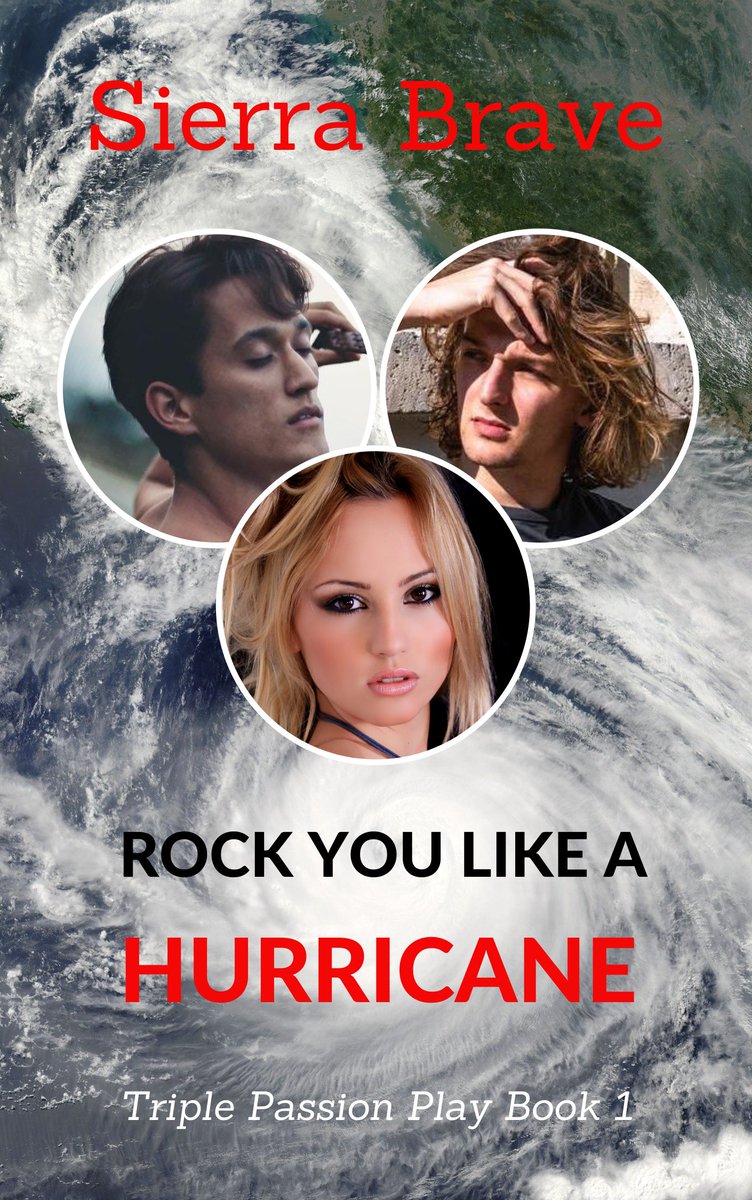 (*US Price, prices in other countries vary based on market)

What made you decide to re-publish the first book in the Triple Passion Play series?

Sierra: After the unfortunate passing of the owner of the publishing company, my rights to Rock You Like a Hurricane reverted to me. To keep the book available, I had to re-publish.

You made extensive revisions. Why?

Sierra: The characters in the Triple Passion Play series are some of my favorites which is probably why I wrote four books featuring them. The first book was published in 2016. When I was ready to re-publish, I took a fresh look at the story. Rock You Like a Hurricane was still a fun, sexy read, but in the past four years, I’ve learned a lot, and my writing style has changed. The voice no longer sounded like my own so I edited until the characters and story felt like they belonged to me again.

Were there any major changes in the plot?

Sierra: No. The bones and the heart of the story are the same. The timeframe covers less than forty-eight hours—Rock You Like a Hurricane is all about the catalyst for the deeper relationship developing between Ken, Tommy, and Trisha in the next three books.

Is Rock You Like a Hurricane a historical romance?

Why does Rock You Like a Hurricane feature so much world-building?

I wanted to convey a sense of nostalgia for the mid-to-late 90s, but I spent a lot of energy setting the scene for a much larger reason. In order for older readers to be able to relate to the main characters, I needed them to feel as if they were stepping into the college coed/new adult mind frame. Tommy, Trisha, and Ken behave differently in book one than they do in book four because they’re not nearly as mature or confident yet. Navigating the early days of adulthood is a challenging time often filled with impulsive decisions and mixed-emotions of anxiety and excitement. I wanted my mature readers to remember those heart-pounding, fly-by-the-seat of your pants, but in some ways, much simpler days.

Lifelong best friends, Tommy Marks and Ken Davidson are an unstoppable team able to complement respective strengths while ironing out each other’s weaknesses. Neither man can imagine a life without the other, but they never expected to fall for the same women. College student, Trisha Harper is fascinated by the synergy between Ken and Tommy. She’s attracted to both and unable or unwilling to decide which man she likes best.

As the trio prepares to ride out a hurricane together, Tommy and Ken make a gentleman’s agreement promising neither will make a move on Trisha. With the tropical cyclone raging outside and the electricity out, the stakes are high, and their pact might not withstand the eye of the storm. Both men teeter between desire and the fear of rejection and loss, but Trisha has no plans to break up the dynamic duo. For her, it’s all or nothing, and she’s determined to have Tommy and devour Ken too.

Warning: Rock You Like a Hurricane and is a male-female-male (MFM) romance. The story contains sizzling, put-you-in-the-moment love scenes with graphic, descriptive language. If you are offended by explicit content, you might want to read a different book. Although the Triple Passion Play series starts out as MFM in book one, the relationship progresses to MMF in later books. Previously published by Liquid Silver Books.

TRISHA slapped her cards on the table and gloated. “Read them and strip!”

“Ugh.” Tommy groaned as he peeled his shorts off and dropped them beside him. He was down to his underwear now.

Saliva swirled inside her mouth as her gaze clung to his rippling arm muscles, hard chest, and the hell of a bulge in his navy-blue briefs. She smacked her lips. Yum, yum, yum! I need some of that! Turning her attention to her other opponent, she lifted an eyebrow. “Ken, I think you need to pay up, too. What will it be? The shirt or your shorts?”

Ken answered wordlessly, pulling his shirt off over his head. As he raised his arms, the smoky intensity in his eyes bore into Trisha’s consciousness and threatened to melt her clothes right off her quivering body. She smiled, feasting on Ken’s sinewy, upper body like he was a prime cut of meat. His toned arms and shoulders framed his hard, well-built chest, showcasing his small, round, russet-colored nipples as they contrasted against his smooth, honey-tinged flesh. She pursed her lips, struggling to keep from coming undone as the image of her tongue gliding over his navel popped into her mind. Trisha sucked in her breath as she wrestled back control of her senses.

What luck! Ken losing to her was a near miracle, but she couldn’t expect him to focus on the game while they were hiding out from a big, bad hurricane. As she glanced toward Tommy, she gauged his reaction. Why does he look so pale all of a sudden? Something more than bad weather jitters was boiling under the surface between those two. Trisha held her tongue. Voicing her suspicions of discord without having any idea what had disrupted the balance between Yin and Yang, as she sometimes called the two, would be premature. Instead, she hid her concerns behind the long neck of a beer bottle, taking another swig. Ken gathered the cards to shuffle for another round. Trisha put aside her concerns to focus on her own game.

What a fantastic read…I loved every page..the characters flowed..the storyline was fresh and so damn sexy lol
This is the first book I’ve read from this author and I can honestly say I can’t wait to see what other adventures she has in store for us…

Thank you and blessed be
Victoria – Amazon reader

I didn’t know what to expect since I received a free copy of this book in exchange for an honest review but I really enjoyed this book!!!!!!!!!!! At first I was skeptical but after reading the first few chapters and getting to know both male characters I was very intrigued and could not stop reading. Both Tommy and Ken have endearing qualities and the yin and yang balance between the two were very nice. I really LOVED the character of Trisha and how realistic her curiosity with both male characters progressed. The internal dialogue throughout the book was funny and witty where I found myself laughing out loud at times. I have not read a lot of M/F/M novels however I thoroughly enjoyed this one. It had a good amount of dialogue and passionate yet raunchy scenes. I was not sure what hentai was but after looking it up I can see that it fit in with your story and character very well. I also really loved the flow of the story and the descriptions for everything, where creative analogies and metaphors were utilized making the story more relatable. I look forward to more by this author. 🙂 THANKS SIERRA!! XOXOXO

The Power of Three

Posted on March 8, 2020, in Book News, Uncategorized. Bookmark the permalink. Leave a comment.